I recently rode the Amtrak Silver Meteor, once a train of Florida East Coast’s competitor Seaboard. Today’s Meteor follows its original track only as far as inland central Florida; from there north it uses track once traveled by the Atlantic Coast Line West Coast Champion (and, above Jacksonville, the full fleet of ACL/FEC Florida trains).

I think it interesting that the photos below, chosen below, include the Illinois Central chocolate and orange City of Miami, a Chicago-Florida train that used FEC track from Jacksonville.

I’ve reproduced here only train pictures from the booklet, not the Florida scenes which make up most of it. 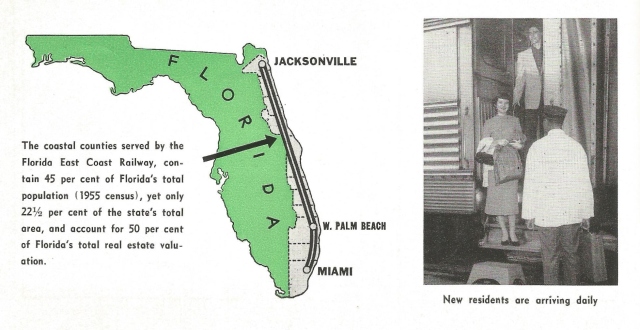 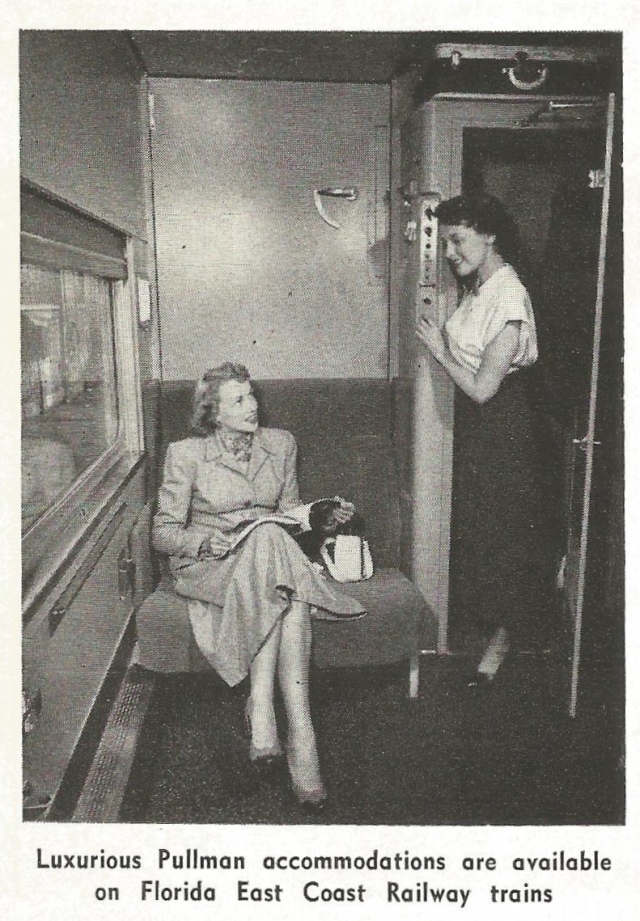 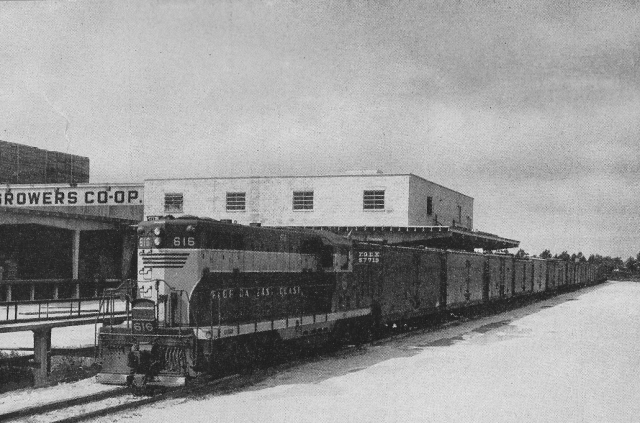 The timetable below is late in the life of FEC passenger service, which ending with a 1963 strike, leaving Atlantic Coast Line South Florida trains permanently re-routed over Seaboard to Central Florida, where they joined the route of the ACL West Coast Champion up to Jacksonville and beyond. Note that the engine on the timetable has FEC’s later, simplified passenger diesel color scheme. 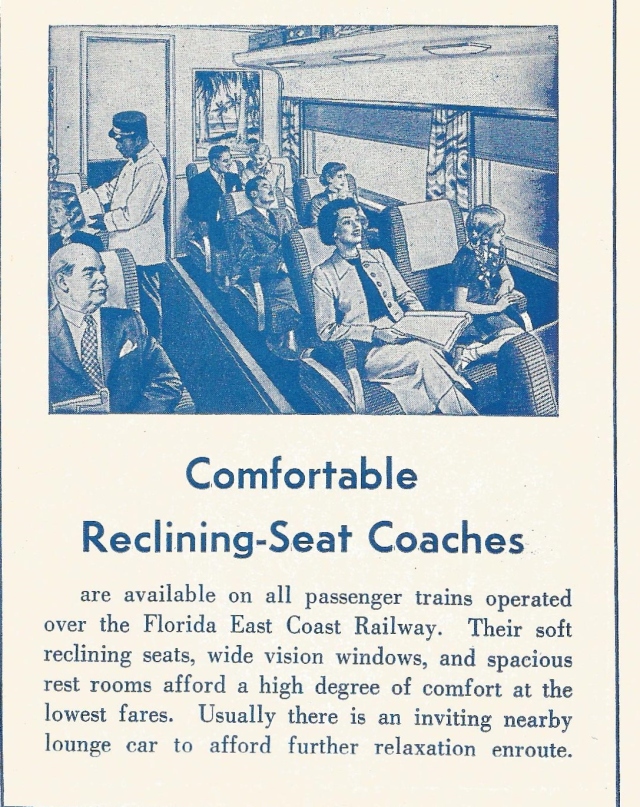 This entry was posted in Florida East Coast and tagged City of Miami, Miamiam. Bookmark the permalink.