As a kid, I wrote to Burlington and asked for pictures of their trains, and received the postcards below of six Zephyrs. 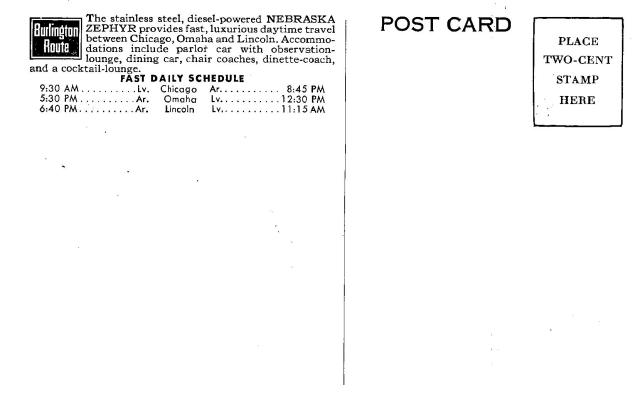 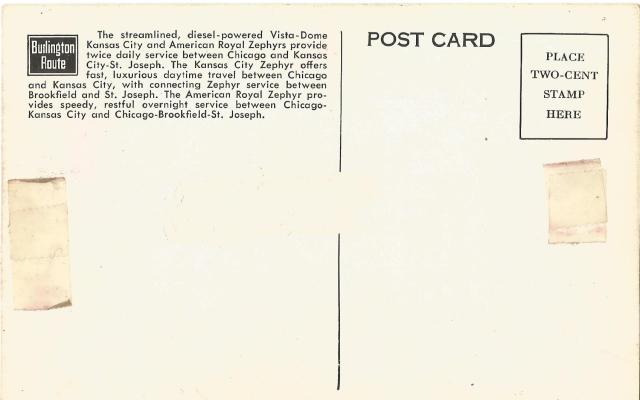 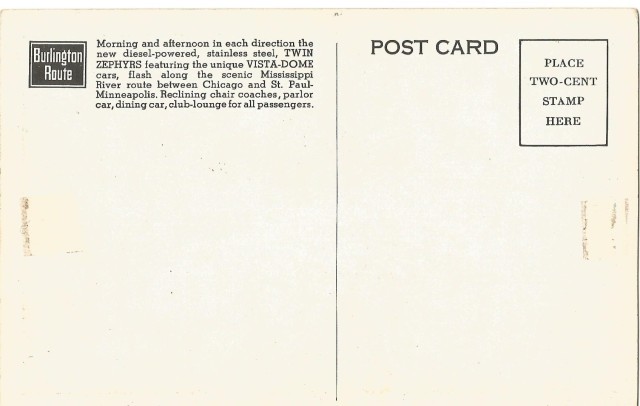 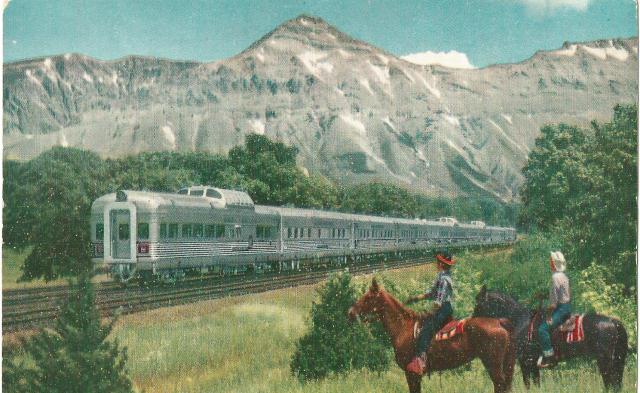 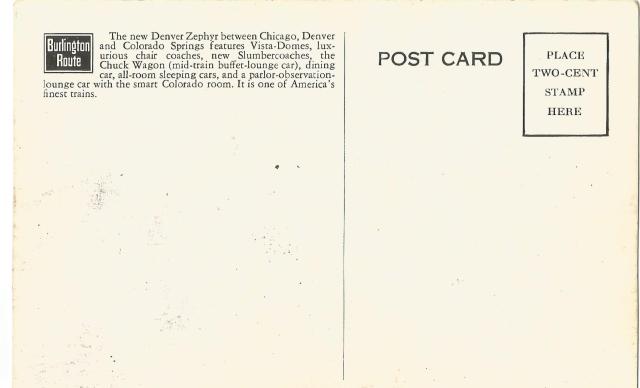 By later in life I was interested in the non-Zephyrs, as well, such as The Coloradoan, leaving Chicago (in my June 1949 Official Guide) at 11:30 in the morning, carrying a sleeper that would go all the way to Billings, MT on Burlington rail. The car was transferred at Lincoln to a train once named The Adventureland, coming up from Kansas City. My June 1954 Official Guide shows the car being forwarded by Great Northern from Billings to Great Falls. Below, the August 1967 George Berriso photo (from Burlington Northern and Its Heritage, Steve Glischinski) shows the erstwhile Adventureland stopped at Newcastle, WY near the end of its life.

This entry was posted in Burlington, California Zephyr and tagged Chicago to Billings sleeper, The Adventureland, Zephyrs. Bookmark the permalink.