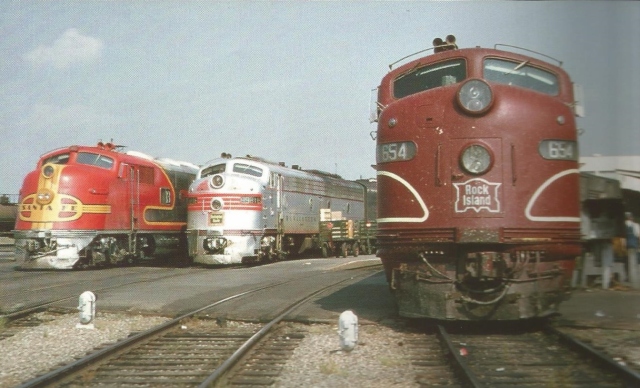 The three photos above, of the Twin Star Rocket, are from “Down South” on the Rock Island, Steve Allen Goen. In the top two pictures (from the same shot by Dr. Tom Hughes, Steve Goen collection) the train is leaving Dallas Union Station in September 1964. In the bottom shot, by Joe Thompson, the train is close to arrival at Houston Union Station, April 1952, and the diesel is wearing the original Rocket color scheme.

This entry was posted in Rock Island and tagged Rocky Mountain Rocket. Bookmark the permalink.