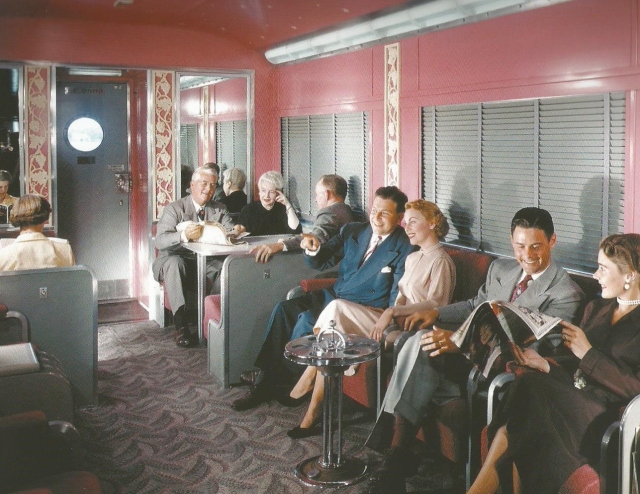 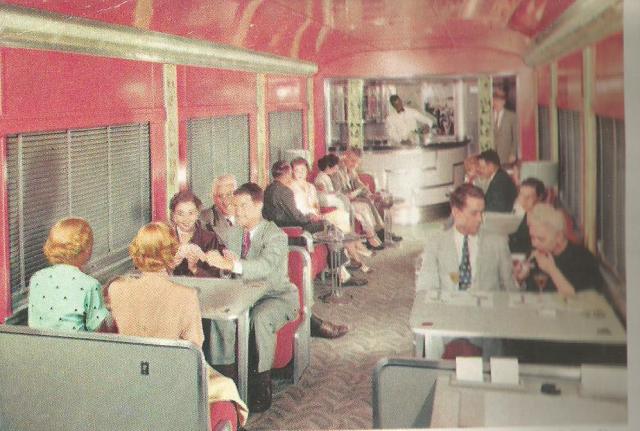 The walls and ceiling of the car were “Sunset Pink,” and in a promotional campaign the railroad involved Harper’s Bazaar magazine. “The greater portion of the January 1950 issue…was devoted to ‘Sunset Pink’ and train themes in both editorial content and advertising.” (Jarel, Ryan, and Signor, p. 115)