Front cover above, back cover below, and inside front cover below that. I won’t scan contents of schedules other than ads and occasional pages. Reprints of the Official Guide of the Railways are available from Cape Ann Train Company, http://www.capetrains.com/  Originals are probably still available at rail fan fairs and on eBay. I have several Guides dating from 1926 (thank you, Cape Ann) to the 1960s and study them daily (consequently some would say my head is packed with useless information).

Historical note: The original streamlined Crescent didn’t use Southern tracks between Atlanta and New Orleans but instead went over the Western Railway of Alabama and the Louisville and Nashville via Montgomery and Mobile, missing Birmingham. It was the streamlined Southerner that took the route of the present-day Crescent. 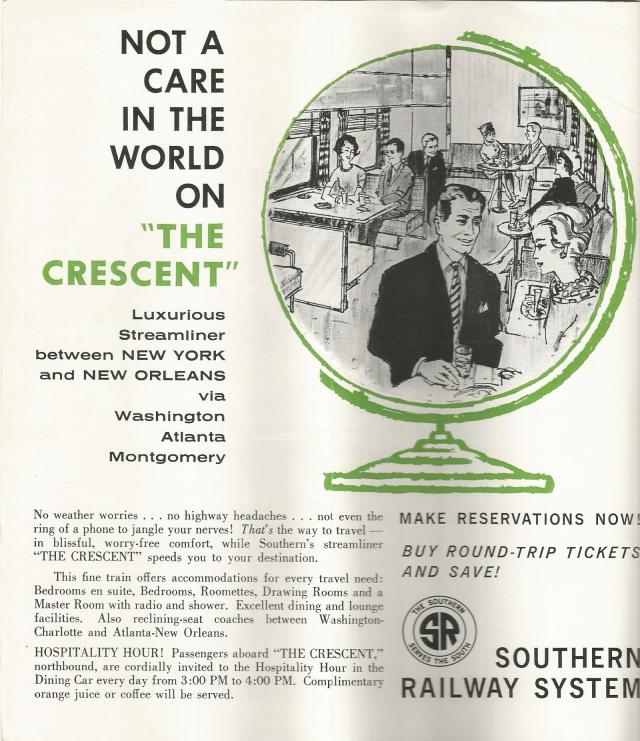